Save on computer
To update

Min. 79 (3-1): Ooooooooooo!!!!! What a shot by Luiz Henrique! The Brazilian walked his left foot, quick at dribbling and shooting, but he didn’t score Betis’ fourth goal.

Min. 74 (3-1): TOOOOOOOOOOOOL from Betis!!!!! GOOOOOOOOOL by Juan Miranda! Fantastic foul by Oliver who placed it where he wanted to make the third. Villamarín surrenders to the Copa del Rey hero.

Min. 70 (2-1): TOR disallowed against Fiorentina! Away from the Italian team after a good game by the visiting team. It will not appear on the scoreboard.

Min. 61 (2-1): Fiorentina GOAL! The Italian team closed the distance through Jovic, who headed in a cross that surprised the Verdiblanca defence.

60 min (2-0): We’ve reached the playing time in Seville. Betis continues to separate all Florentine attacks on Benito Villamarín while looking for spaces to create the third.

52 min (2-0): Betis defends his lead well at the beginning of the second half. Pellegrini’s prove the direct connection with their attack.

The second half starts at the Benito Villamarín! Follow the friendly game against AC Fiorentina here:

“The goals came in a few minutes. In the 28th minute, Juanmi headed a corner kick from Nabil Fekir into back netting, while Borja Iglesias found Álex Moreno’s killer pass into back netting in the 34th minute. after a powerful internment of the Catalan side”. 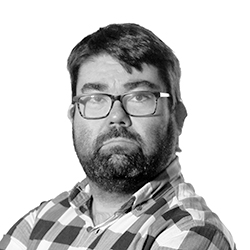 “Good first part for Betis in their presentation against Fiorentina. Manuel Pellegrini’s men showed not only because of the result but also the signs of identity left by the Chilean coach since his arrival at the Heliopolitan side, completing some of the pretty good football in the first forty and five minutes, unlike the previous five games of pre-season, Betis again dominated the game apart from a few first minutes where Fiorentina got better into the game, was under a lot of pressure up front and dominated the two areas , Key Aspects in Pellegrini’s Game”.

end of the first half. Betis clearly beat Fiorentina after exploiting a stretch of Verdiblanca’s advantage: Juanmi scored first and Borja Iglesias second in an engaged Villamarín.

40 min (2-0): Five minutes left plus what Figueroa Vázquez adds to the end of the first half. Betis continues to win in Seville.

Min 34 (2-0): TOOOOOOOOOOL from Betis!!!!! TOOOOOOOOL by Borja Iglesias! The Galician made the second after a great assist from Álex Moreno, who saw the striker’s arrival to deal with everything.

Min 28 (1-0): TOOOOOOOOOOOOL from Betis!!!!! GOOOOOOOOL by Juanmi! Benito Villamarín sings another goal from the Malaga man who mischievously distanced himself to head alone at the far post.

Min 20 (0-0): Ooooooooooooo!!!!! Channels smell the target! The Cantabrian caught a good ball from the edge of the box and shot hard, but his attempt went wide of the Italian goal.

14 min (0-0): Oops! Dangerous approach from Sottil, who came in with his right foot to take the shot but Claudio Bravo went down well to save.

8 min (0-0): First few minutes with great speed on the wings in the friendly game. Fiorentina tries to be more offensive in the early stages.

Football returns to Benito Villamarín! Betis and Fiorentina already measure their strength in the last friendly of the Verdiblanco calendar. Follow the game here.

One hour until the friendly at Benito Villamarín!

Three hours for Beticismo to enjoy a game at home again!

Buenas tardes! Welcome to Betis’ final friendly of this pre-season, tonight at the Benito Villamarín against Fiorentina. Watch the best preview of the meeting here.